Review: Skip size was perfect for our house refurbishment project in Towcester. We would... Carry On Reading →

UK Recycling On The Rise

What’s Behind the Surge in UK Recycling?

Recycling in the UK has risen gradually over the last decade, including a rise of 0.6% over the past year or two. This is a great statistic, and shows we have come a long way in the last decade. The more we can do now to help the planet, the better things will be in the long run. The good news is that businesses are jumping on board as well, and are starting to make biodegradable packaging for many of their products. Everyone is looking at the world through green tinted spectacles, and this is helping us to improve and boost our future and the future of the world.

We have all become a lot greener as a nation these days, and that can only be a good thing. So many people are discovering the benefits and advantages of recycling, and are doing what they can to look after the planet a little more. You might have noticed a rise in recycling in the UK recently, so what is the secret, if indeed there is one? Well, the best way of understanding this is to think about the advantages to recycling, and how the process has changed over the years. The planet needs our protection, and the future generations need to be looked after, so it’s important to ensure that the planet is. Luckily, we seem to be more aware of this than ever before, and this has led to a surge in UK recycling. Check out these reasons why recycling seems to be on the rise in the UK.

1. More Waste is Being Produced

Did you know that the average UK household produces more than one tonne of waste per year? That’s around the same weight as a small car! Add to that, every year the amount of waste we produce grows by around 3%, which could cause it to spiral out of control. As you can imagine, the onus is on all of us to make sure we try to cut down on the impact of some of this waste by recycling as much of it as possible.

2. It’s Easier Than Ever to Recycle

Perhaps one of the reasons that has led to a surge in UK recycling is the fact that it is easier than ever these days to recycle. There is more opportunity, with councils providing recycling bins, and recycle centres in local areas too. Not to mention the fact that so many different things can be recycled these days. It’s not just glass anymore, but paper, card, plastic, and metal as well. The increase in the amount of things we are actually able to recycle has led to a spike in the number of people actually doing it.

3. We Have a Better Mentality

We are starting to be a little more conscious about how we treat the planet these days. The mentality and outlook has changed significantly, and this has led to many more people embracing a more environmentally-friendly way of life. The result of this has seen an upturn in the amount of recycling that is taking place in local communities. This is something that has grown year on year, but we are still a long way off other nations in Europe. For instance, the likes of Germany and the Netherlands recycle more than 60% of their waste, while we are still lagging behind with around 45%.

The reason recycling was less common before was perhaps because it was more effort to do it. It seems like people don’t like to go out of their routine to do things, and that’s understandable. But, in recent times, due to the ease of recycling, and more knowledge about its benefits, it has become second nature. The influx of recycle bins and systems has allowed more and more people to actively recycle every day without having to go out of their way to do so. 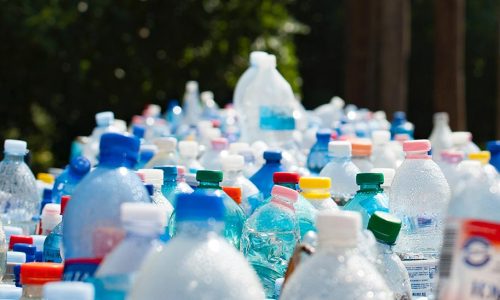