Review: You have provided an excellent prompt service. I am very happy and will always c... Carry On Reading →

The Effects of Plastic on Our Oceans and Sea Life

Since the rise of Sir David Attenborough’s BBC tv series, The Blue Planet II, we have become more and more aware of how our actions affect our planet and its life. In the UK we purchase over 35.8 million plastic bottles every day, with 16 million of these failing to reach plastic recycling plants. We also throw away 8 billion plastic straws every year.

These are simple changes that each of us could make a conscious effort to do as it is our habits of purchasing and not reusing or recycling plastic materials that are causing havoc to wildlife and sea life through our oceans and rivers.

What Effect is Plastic Having?

Reports say that approximately 1 million seabirds and 100,000 marine mammals are killed every year due to plastic ingestion. Along with this, it has been found that half of the sea turtles around the world have ingested plastic. According to many researchers, 44% of all seabird species, cetaceans and turtles have been found to have plastic debris in or around their bodies.

A lot of our plastic waste ends up in the ocean due to poor waste disposal, however, ships and offshore oil and gas platforms are also contributing to this crisis.

Due to our ocean pollution, several marine species are on the verge of extinction.

Where Does This Plastic Go?

Our plastic waste can float for miles and miles when it ends up in our waters, however, it can also sink to the sea-bed or frequently found on the sea-shore. These become areas of risk to birds and other land animals that often get caught up in the plastic.

An example of how colossus this plastic nightmare is is in the North Pacific Ocean off the coast of California. The Great Pacific Garbage Patch is the largest ocean garbage site in the world, according to researchers, and is thought to be almost twice the size of Texas.

What Can I Do To Help?

Another way to make a difference is by giving up plastic bags. A lot of shops now charge 5p for a plastic bag or 10p for a bag for life. But why not go one step further and forget the plastic altogether? You can buy shopper or tote bags that are made from canvas, woven synthetic fibres and other similar materials for a few pounds at your supermarket or online.

There are many steps that we could all be taking to help save our environment however, our last point is to recycle whatever you can. In Europe, we recycle 30% of our waste and globally just 18% of all plastic is recycled. Take the time to find out what can and can’t go into your recycling bins, or take a visit to your local recycling site. 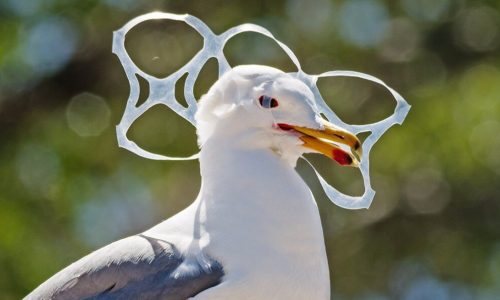