Looking for a waste removal expert? 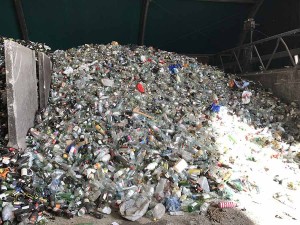 In 2016 at a recycling plant in Japan, scientists discovered a natural enzyme that eats PET, the plastic found in plastic bottles and food packaging. This enzyme can help to reduce plastic waste across the world.

Upon discovery, a high definition 3D model of the enzyme was created using a powerful x-ray that allowed the scientists to work together to mutate the enzyme, giving it an enhanced ability to attack plastic.

This has enabled the team to produce something that is capable of digesting plastic more effectively than anything found naturally. The improved enzyme is now known as PETase due to its ability to break down the PET plastic.

Plastic takes hundreds of years to break down in the environment and often ends up in a landfill or our oceans. 13 billion plastic bottles are used each year, with more than 3 billion of them not being recycled.

It’s estimated that between 8 and 12 million tonnes of plastic is dumped in our oceans each year, and unless some drastic changes are made, this is expected to treble in the next 10 years. 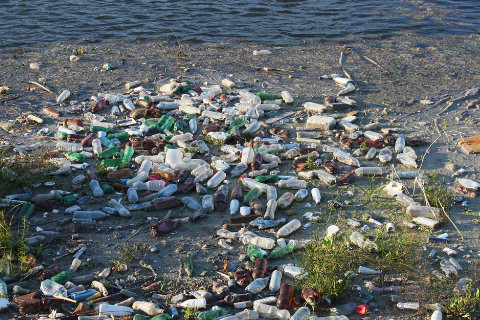 Structural Biologist from the University of Portsmouth, Prof John McGeehan, says “Serendipity often plays a significant role in fundamental scientific research and our discovery here is no exception,”

The University of Portsmouth also states that the discovery could result in a recycling solution for millions of tonnes of plastic bottles made from PET. By breaking down plastic into manageable chunks, it can help to speed up the degradation process.

However, simply making the pieces of plastic smaller is not in itself useful and the small pieces cause severe damage to marine environments.

The scientists that have evolved the PETase enzyme believe their method could be used to make plastic recycling much more effective.

Dial a Bin are constantly trying to reduce our carbon footprint. We work hard to sort through all of the waste that arrives at our recycling centre, to see if any materials can be reused, and to make sure we are recycling as much as possible.

To find out more about our services and how we are working towards a greener planet, get in touch with us on 01280 875627.

We'd love to help with any questions or queries.